Cyclone “Yaas” accompanied with heavy rainfall hit the coastal Sundarban and other coastal parts of West Bengal, landfall on 26.05.21 around 6.30 am. Its onset was on the previous day 25.05.21 with sometimes heavy to light rainfall, low intensity wind blowing. This onset was the same in all parts of Sundarban and other districts of west Bengal as well. The two districts covered by JGVK for different activities are South & North 24 Parganas, and the blocks are Basanti, Gosaba, of South 24 Parganas, Sandeshkhali, Hingalganj of North 24 Parganas. The intensity of the cyclone was doubled by high tide on full moon day, lunar eclipse, all four together on the solar orbit on the same day and time.

2. The damage caused as per the report obtained over phone, video from the areas:

(a) Situation inside the JGVK campus is ok. No loss anywhere. 60 inmates (children and adult together) are hell and hearty.

(c ) Since 25.05.21 JGVK workers started evacuating people from their houses to different shelter like Govt. Flood shelter house, school buildings, Health Sub Centers. Most of the vulnerable habitations were evacuated. No casualties reported. Workers also assisted Panchayet in sanitization of the shelters, distributed cooked food to some families headed by senior people

(d) Damages caused by the disaster: the numbers are approximate as reported by the field workers:

➢ The greatest damage are at Hingalganj, one of the highly disaster prone area under North 24 Parganas. Five Gram Panchayet areas are totally under water.

➢ Loss of livestock – so far losses of animals are not reported yet, expected two/three days later. The complete loss is on fish farming. All the rain water fed ponds are flooded with river saline water and it’s a total loss of fishery.

➢ Drinking water source, agricultural fields – information’s not received on this day. However, eventually getting drinking water will be problem. At the present situation, non harvested crops are not in the field. But, in comings three/four seasons there will be no cultivation due to high increase of salinity in the soil.

IN THE SHELTER HOUSES, COVID PRECAUTIONERY MEASURES ARE AT STAKE.

SO AS ONCE PEOPLE STARTED RETURNING HOMES AND SANITIZATION PROCESS WILL BE A CHALLENGE. 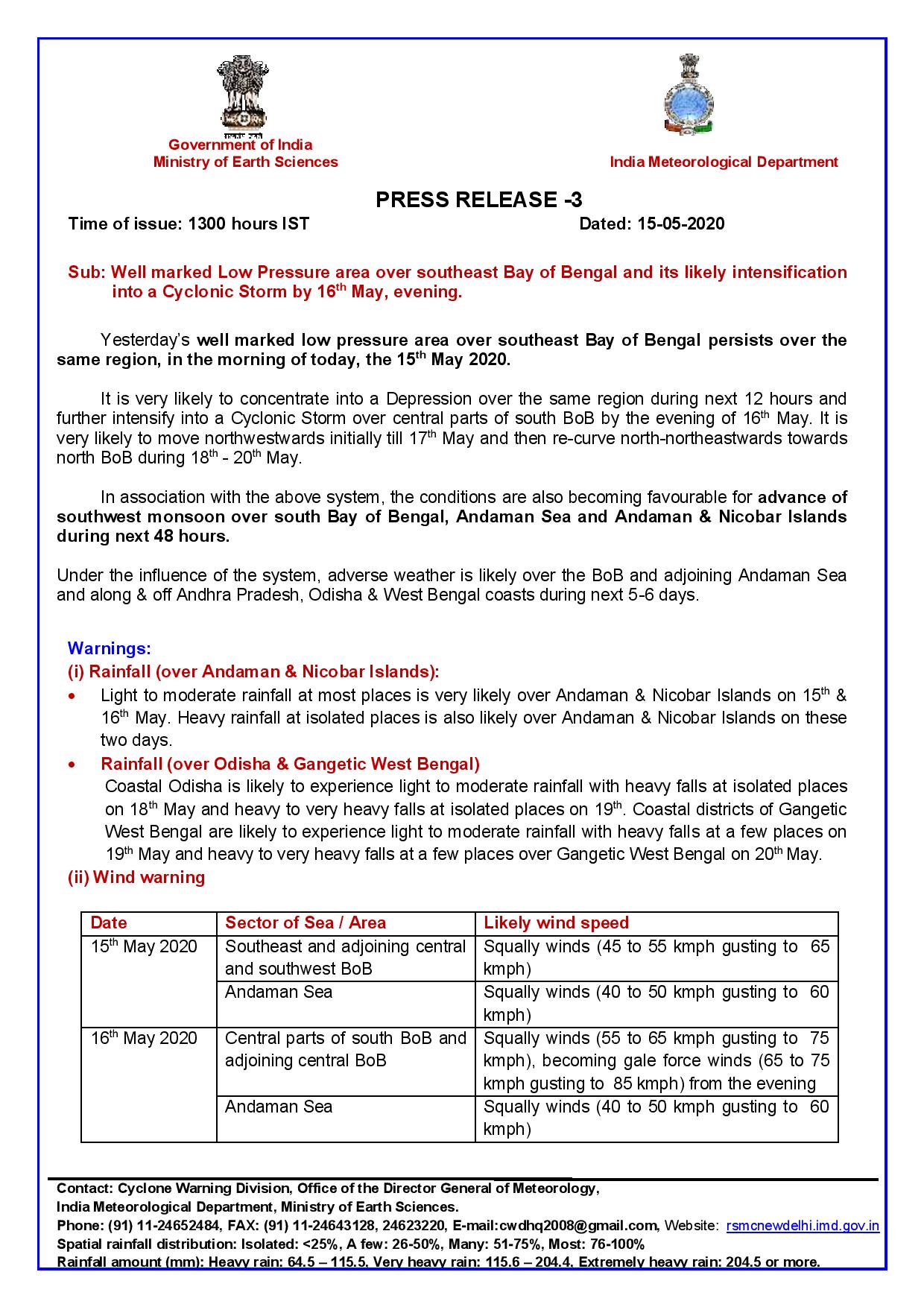